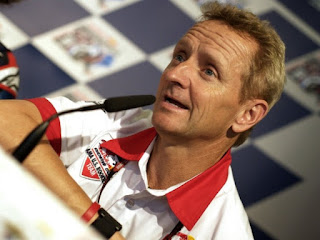 “As a racer, you should not drop other riders just because you are faster than other racers, I’m sure every racing school is always taught something like that: Every racer should be able to take the right gap to make sure what he does is safe and clean.” Says Kevin Schwantz.

What Marquez did in Argentina last week made everyone throw a lot of criticism. Many opinions are different, some blame him but also some think that it is normal to happen.

When asked ‘what could make Marquez not do the same?’, Kevin Schwantz replied that Dorna must act decisively, and end the season if he does the same.

“I think Dorna should talk to Marquez and explain to him with firm and honest words, if the same thing happens again: contact with other riders, in the race, and in training, he should be disqualified for this season.” Schwantz concludes.